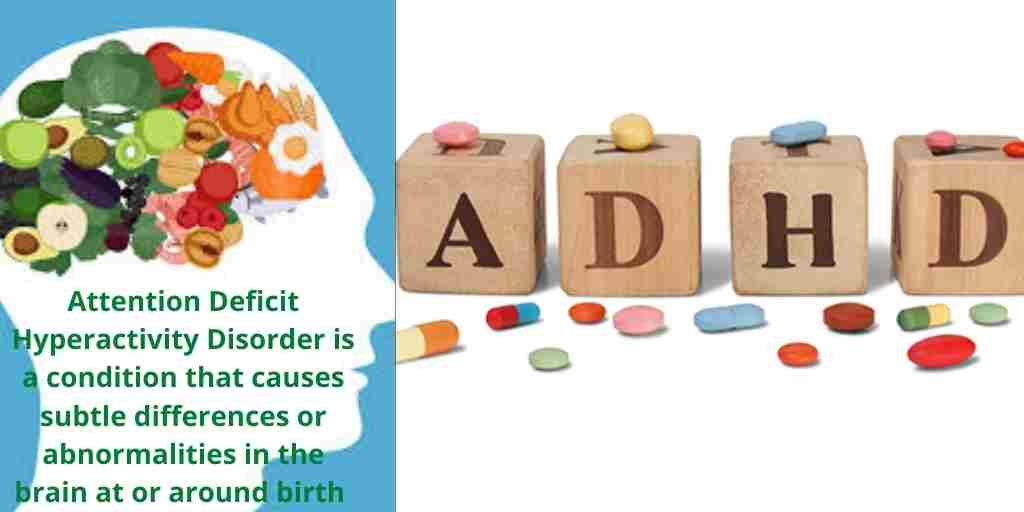 Attention Deficit Hyperactivity Disorder is a condition that causes subtle differences or abnormalities in the brain at or around birth (neurodevelopment condition). It mainly involves problems with:

The exact and precise causes of ADHD are still not known. However, there are two main factors that most frequently cause the disorder:

ADHD runs in families and generations. A child having ADHD is likely to have a parent or sibling with the disease. When a doctor diagnoses ADHD, it is very uncommon for the parents to know that the parents or another child may have it. However, there are no specific genetic tests currently available to confirm or rule out ADHD diagnosis.

Each child has different genetic causes of ADHD. Right now, researchers are studying:

Other environmental factors can play a role in worsening your ADHD, significant of them are family stresses such as:

How prevalent is ADHD?

ADHD is a common disorder in the United States. On average, the condition affects more than 5 percent of school children worldwide or one in every 20 children. It also affects nearly 4 percent of adults across the world or about one in every 25 adults.

Attention deficit hyperactivity disorder is about three times more common in males (boys) than in females (girls). The disorder is easier to recognize and diagnose in boys because they may be more active. Girls who have the disorder are more likely to be overlooked because their symptoms are less obvious; however, they have as much difficulty with social and academic skills as boys.

What other conditions can occur with ADHD?

Attention deficit hyperactivity disorder happens with other conditions such as:

Children who have ADHD may sometimes also have other mental health conditions such as anxiety, behavior disorders, or mood disorders (including bipolar disorder or depression). These conditions can affect the academic performance of a child and lead to difficulties in the teen years.

ADHD is also associated with some physical conditions such as sleep difficulties, asthma, and vision and hearing problems.

Approximately two-thirds of children with ADHD have at least one other condition. It is essential to know that the child has some condition other than ADHD, which can affect the diagnosis and treatment.

What are the symptoms of ADHD?

A wide range of behaviors is related to ADHD. Some of the more typical ones ADD:

A person with ADHD may have a few or all of these symptoms. The symptoms you have depend upon the sort of ADHD you have.

What are the types of ADHD?

To make ADHD diagnosis increasingly predictable, the APA has categorized the condition into three classes, or types. These types are predominantly hyperactivity-impulsive, predominantly inattentive, and a mix of both.

As the name recommends, individuals with this sort of ADHD have outrageous trouble focusing, completing tasks, and adhering to directions.

Specialists likewise feel that numerous children with the heedless kind of ADHD may not get an appropriate analysis since they don’t will, in general, upset the study hall. This type is generally normal among young females with ADHD.

Individuals with this type of ADHD show principally hyperactive and impulsive behavior. This can ADD squirming, interfering with people while they’re talking, and not having the option to hang tight.

Even though inattention is, to a lesser extent, a worry with this type of ADHD, individuals with prevalently hyperactive-impulsive ADHD may, in any case, think that it’s hard to concentrate on tasks.

This is the most widely recognized type of ADHD. Individuals with this combined type of ADHD show both inattentive and hyperactive symptoms. These ADD a failure to focus, a propensity toward lack of caution or impulsiveness, or more typical degrees of movement and vitality.

The sort of ADHD you or your child has will decide how it’s dealt with. The type you have can change after some time, so your treatment may vary, as well.

What is the difference between ADD versus ADHD?

You may have heard the expressions “ADD” and “ADHD” and considered what the thing that matters is between them.

ADD is a lack of ability to focus consistently is an obsolete term. It was recently used to portray individuals who have issues focusing yet aren’t hyperactive. The kind of ADHD called predominantly inattentive is presently used instead of ADD.

ADHD is the current overall name of the condition. The term ADHD got official in May 2013, when the APA discharged the Diagnostic and Statistical Manual of Mental Disorders, Fifth Edition (DSM-5).

How ADHD occur in adults?

More than 60% of children who have ADHD despite everything show manifestations as adults. For some individuals, ADHD manifestations diminish or turn out to be less regular as they get older or more established.

Treatment is significant. Untreated ADHD in adults can negatively affect numerous parts of life. Symptoms include inconvenience managing time, absent-mindedness, and fretfulness that can cause issues at work, home, and a wide range of connections.

How to test and diagnose ADHD?

There’s no single test that if you or your child has ADHD. An ongoing study featured the advantages of some new tests to diagnose adult ADHD; however, numerous clinicians accept an ADHD diagnosis can’t be made dependent on one test. To decide, your doctor will evaluate any symptoms you or your child has had over the past half-year.

Your doctor will probably accumulate data from instructors or relatives and use agendas and rating scales for auditing indications. They’ll additionally do a physical test to check for other medical issues. Become familiar with ADHD rating scales and what they may or may not be able to.

If you presume that you or your child has ADHD, converse with your doctor about getting an assessment. For your child, you can likewise speak with their school instructor. Schools consistently survey children for issues that might be influencing their instructive execution. For the evaluation, provide your doctor or advisor with notes and perceptions about your child’s behavior.

If they speculate ADHD, they may allude you or your child to an ADHD specialist doctor. Contingent upon the analysis, they may likewise propose making a meeting with a therapist or nervous system specialist.

How to treat ADHD?

Treatment for ADHD typically incorporates social or behavioral therapies, medications, or both.

Kinds of treatment include psychotherapy or talk treatment. With talk treatment, you or your child will examine how ADHD influences your life and approaches to assist you with overseeing it.

Another treatment type is behavior treatment. This treatment can support you or your child with figuring out how to screen and deal with your behavior.

Prescription medications can likewise be useful when you’re living with ADHD. ADHD meds are intended to influence cerebrum synthetic compounds that empower you to all the more likely control your driving forces and activities.

What medications can help treat ADHD?

The two fundamental sorts of prescriptions used to treat ADHD are stimulants and non-stimulants. Central nervous system (CNS) stimulants are the most regularly recommended ADHD prescriptions. These medications work by increasing the measures of the brain’s synthetic compounds dopamine and norepinephrine.

If stimulants don’t function admirably for you or your child, or on the off chance that they cause troublesome symptoms, your doctor may recommend a non-stimulant medicine. Certain non-stimulant drugs work by expanding levels of norepinephrine in mind. These prescriptions include atomoxetine (Strattera) and a few antidepressants, such as bupropion (Wellbutrin).

Are there any natural solutions for managing ADHD?

In addition to, or rather than, prescription medications, a few cures have been proposed to improve ADHD indications.

First off, following a healthy way of life may support your child in overseeing ADHD manifestations. The Centre for Disease Control and Prevention gives the accompanying solutions:

Studies have likewise indicated that yoga, jujitsu, and investing energy outside can help quiet overactive personalities and may ease ADHD manifestations.

Care contemplation is another alternative. Research in adults and teenagers has indicated reflection to effectively affect consideration and points of view, just as on uneasiness and discouragement.

What are some useful tips for coping with ADHD?

If you or your child has ADHD, a reliable timetable with structure and ordinary desires might be useful. For adults, using records, keeping a schedule, and setting updates are acceptable approaches to assist you with getting and remain sorted out. For children, it very well may be useful to concentrate on recording schoolwork tasks and keeping regular things, for example, toys and rucksacks, in allotted spots.